Peter Hinwood, born 17 May 1946 in Bromley, Surrey, Kent as "Peter W Hinwood", is best-known today for his role as the monster "Rocky" in the cult-classic The Rocky Horror Picture Show starring Tim Curry, Susan Sarandon and Barry Bostwick (released in the U.S. Sep 1975). 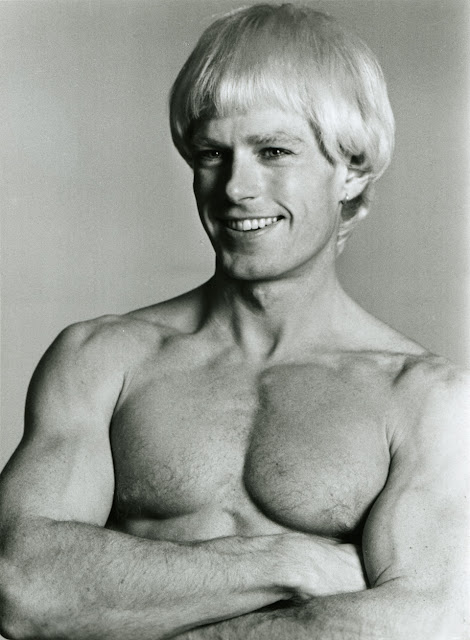 Peter Hinwood started off as a photographer's assistant, but by the age of 22, while living in London, had become a well-known male model making 5,000 pounds a year (about $8 to $12 thousand dollars). At that time, he had an apartment in Chelsea, drove a Ford Mustang, and "bookings are coming faster and faster." 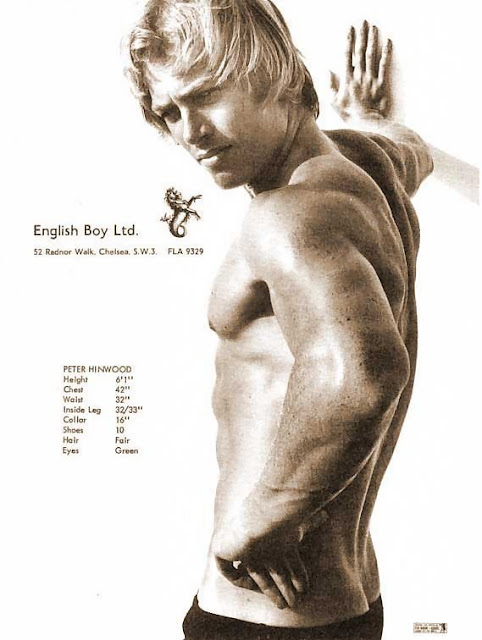 Peter is described as 6'2", with a "thatch of straw-coloured hair" and "three times a week has a workout at a gymnasium." At first he says "his people" (his parents?) were ashamed to admit that their son was a model, and when he's "chatting up a bird at a party" (a female) he "tells her I'm a photographer."


David Mansour, in "From Abba to Zoom" states that Peter was "at the top of the male modeling industry." He is mentioned as "the gorgeous monster" in Peter Schlesinger's book "Checkered past".   He played the Greek god Hermes in a 1968 television mini-series called L'odissea (The Odyssey).  Peter was also "Guy" in the Roddy McDowall directed movie "The Ballad of Tam Lin", also apparently called "The Devil's Widow". 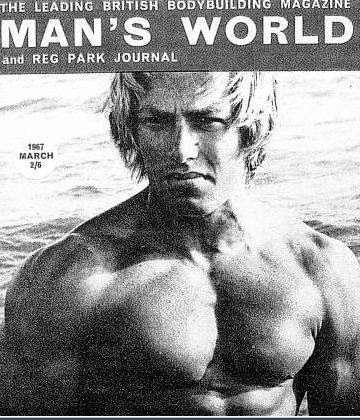 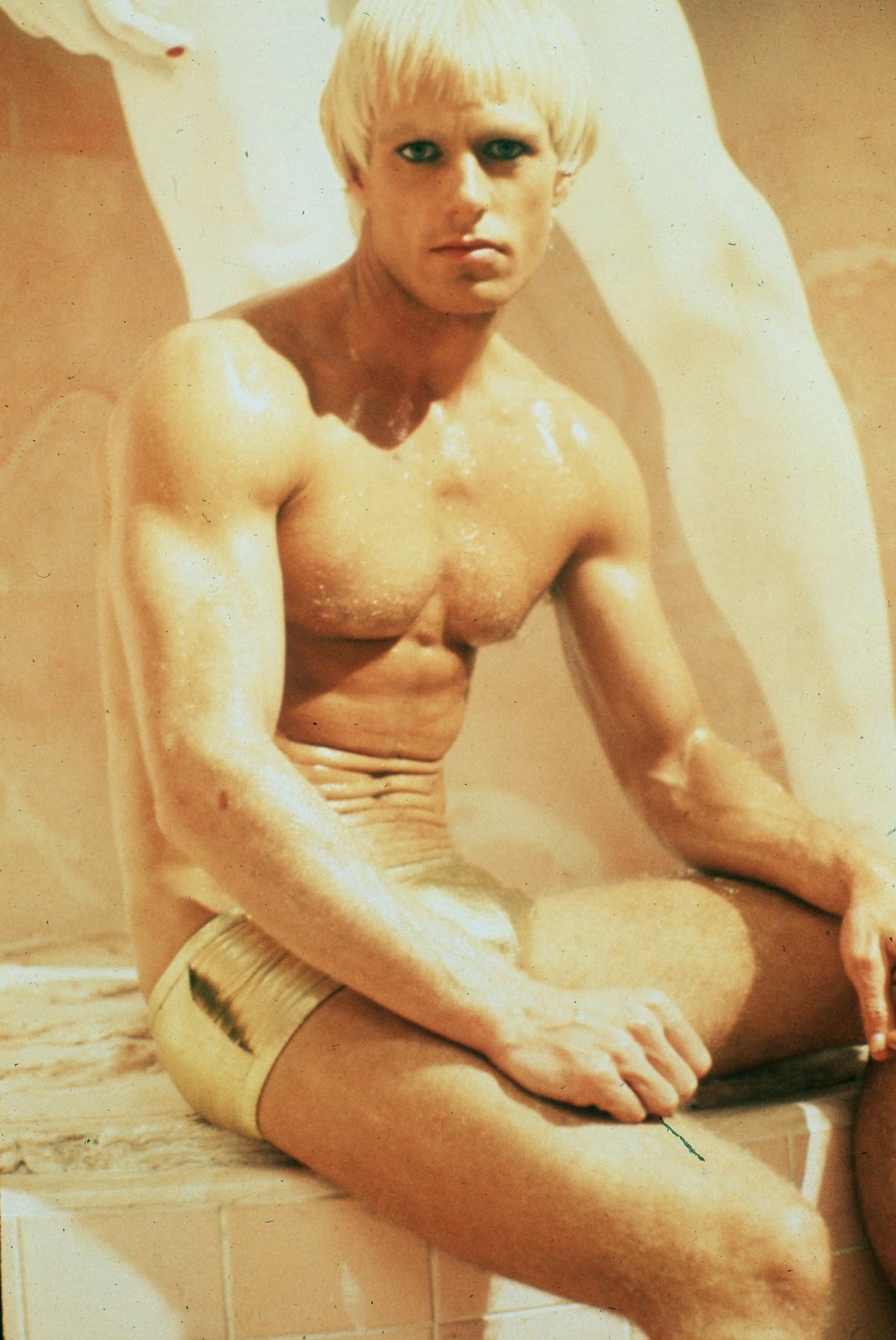 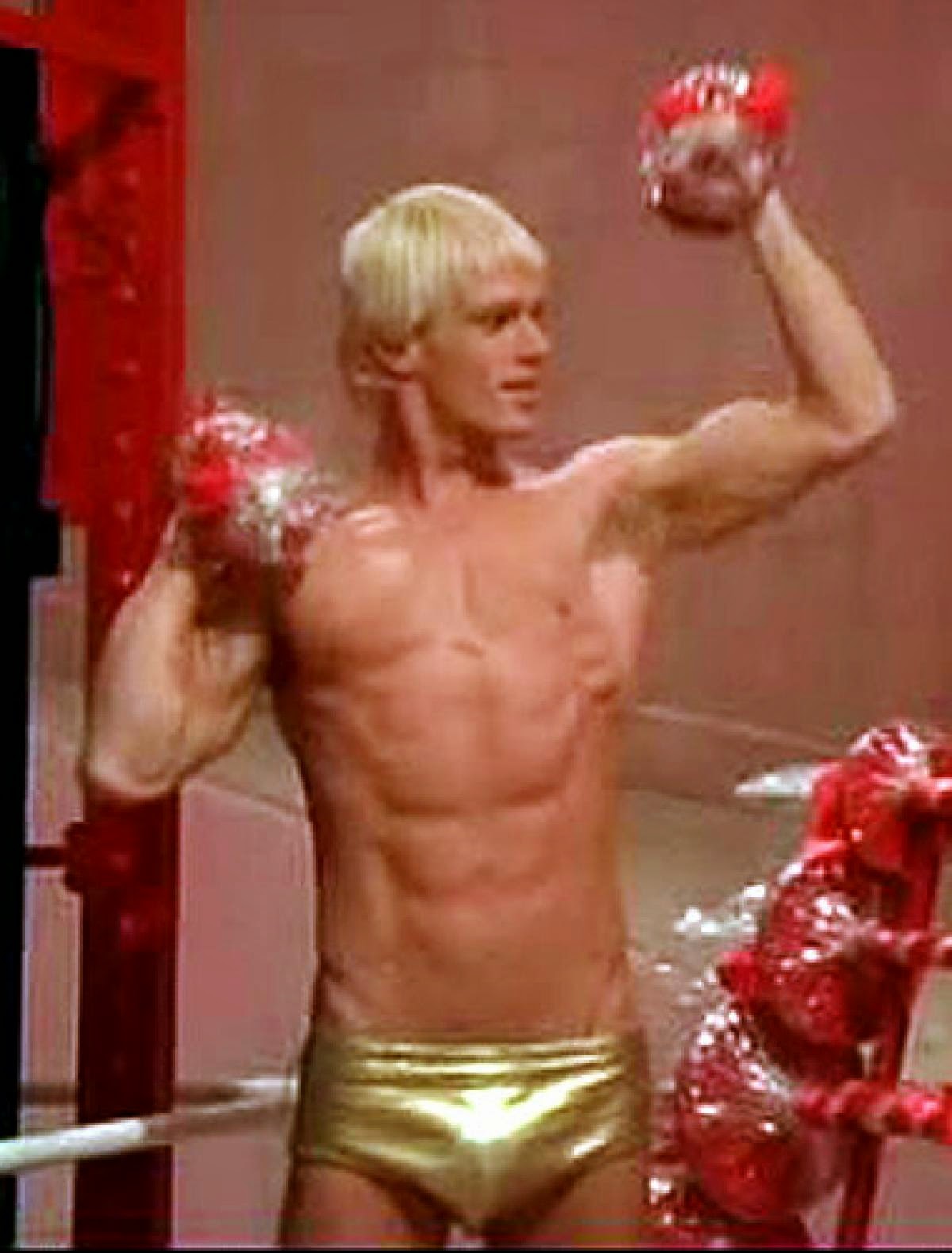 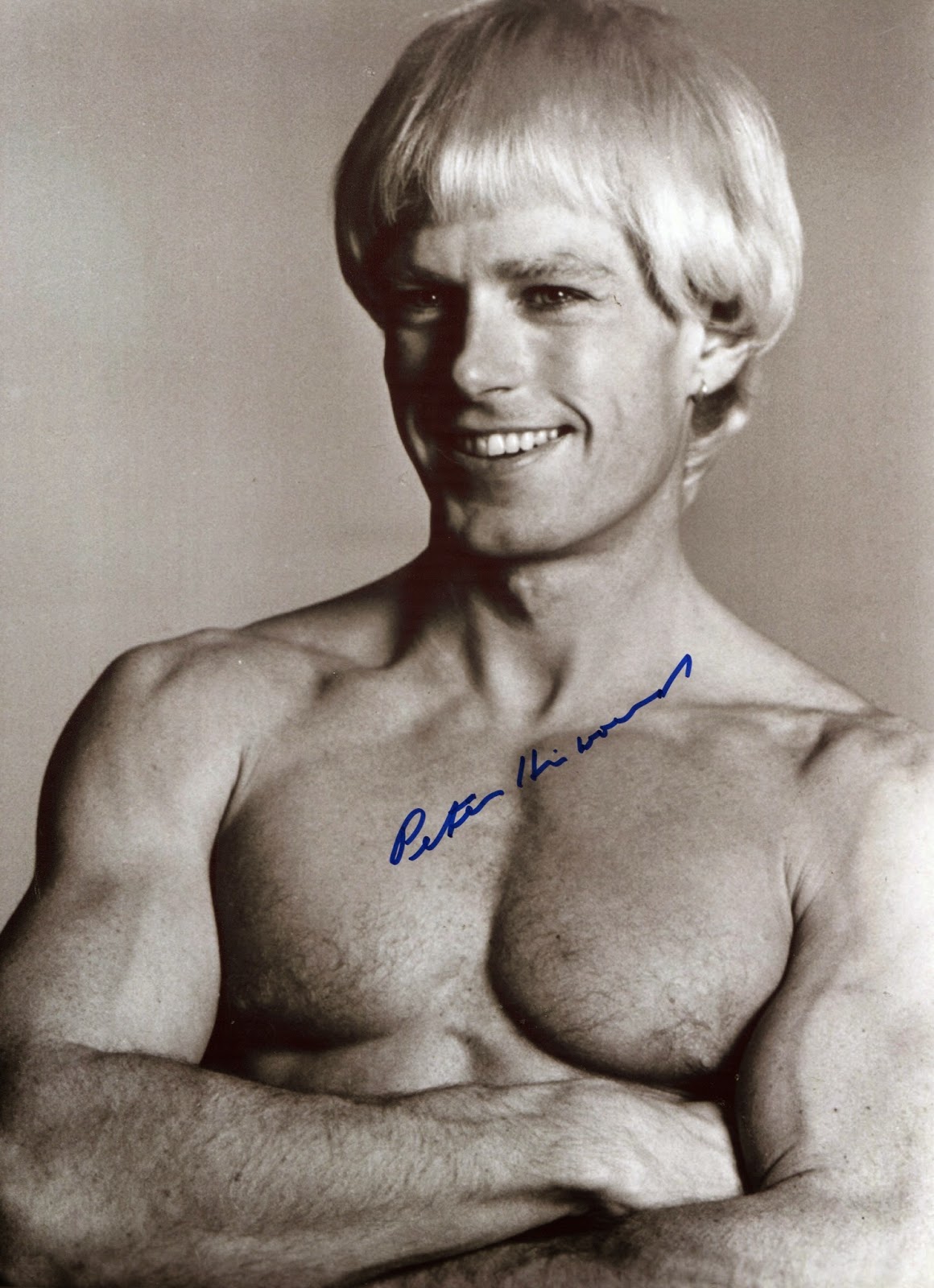 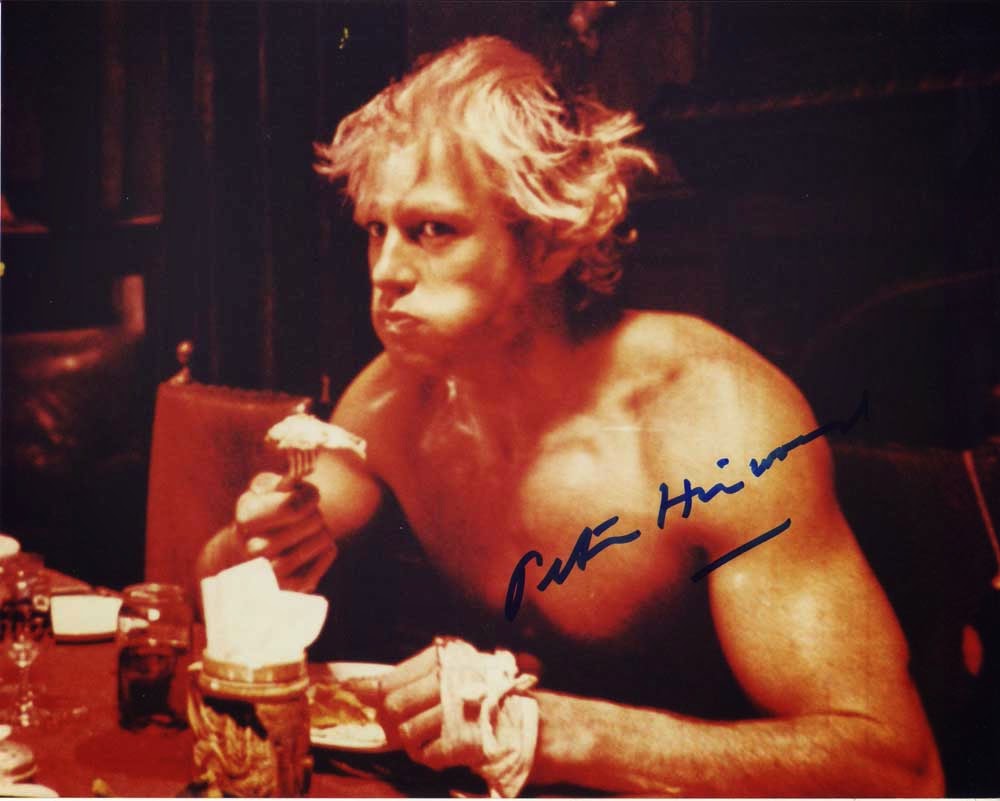 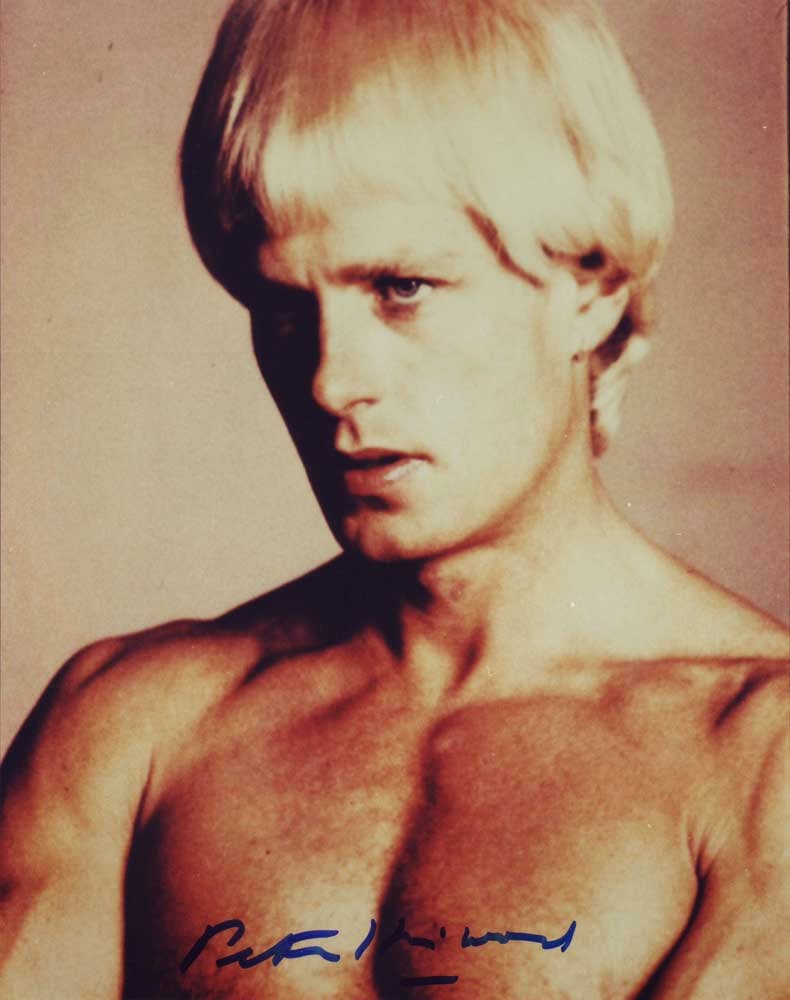 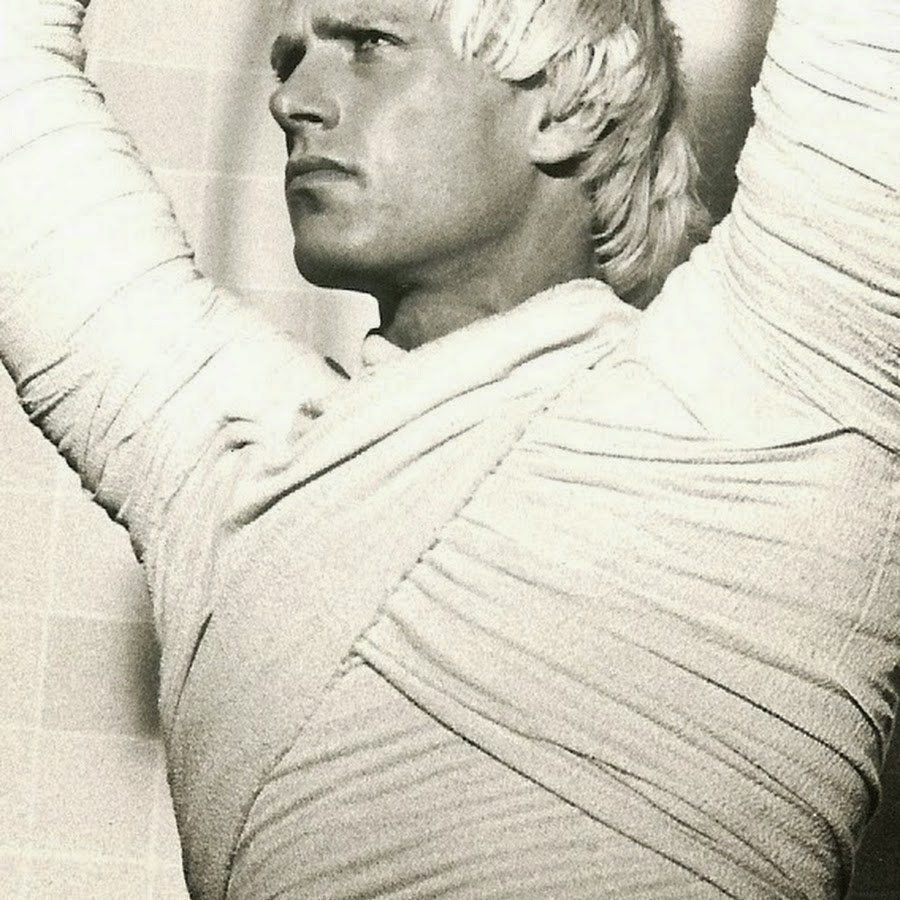 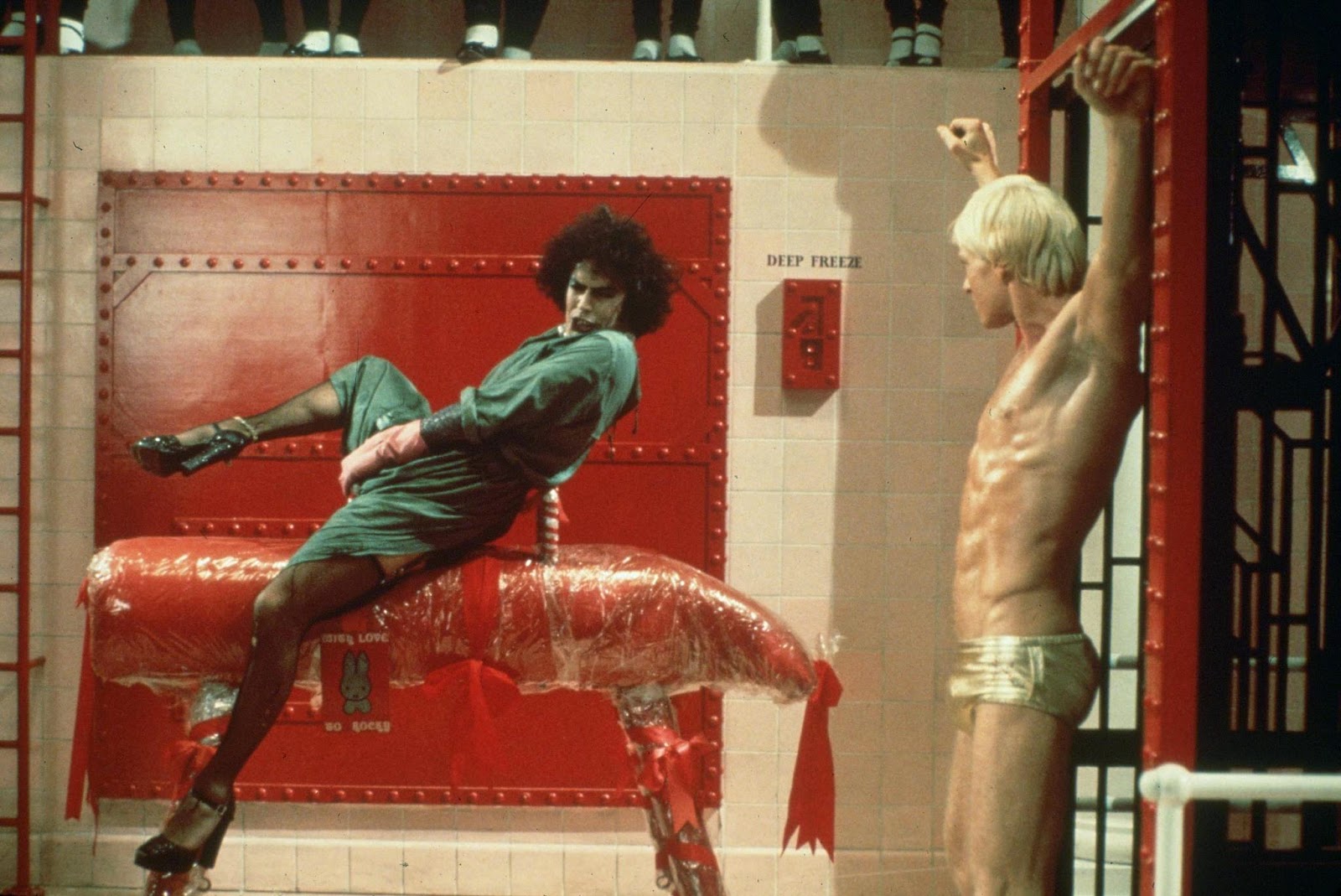 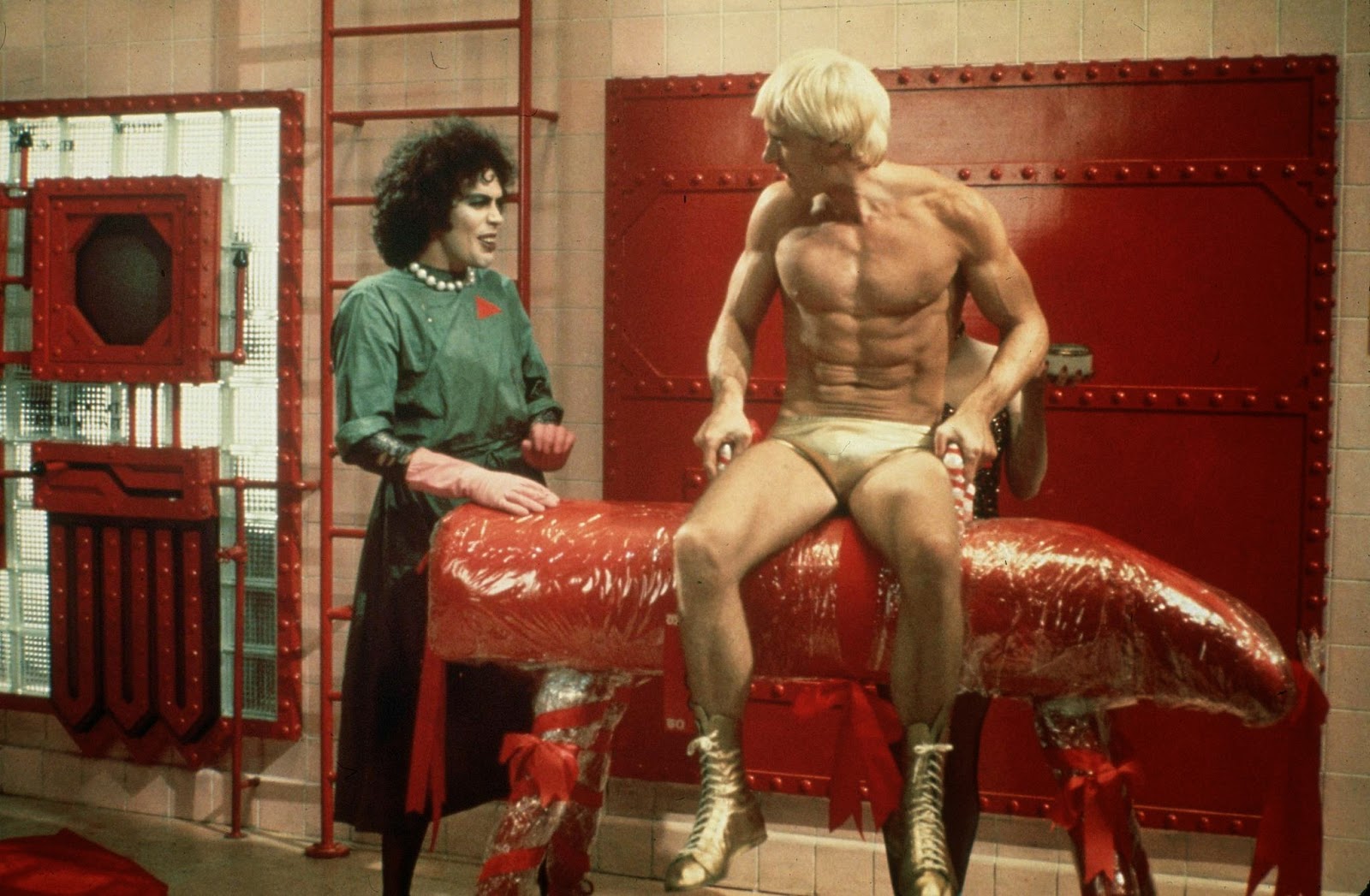 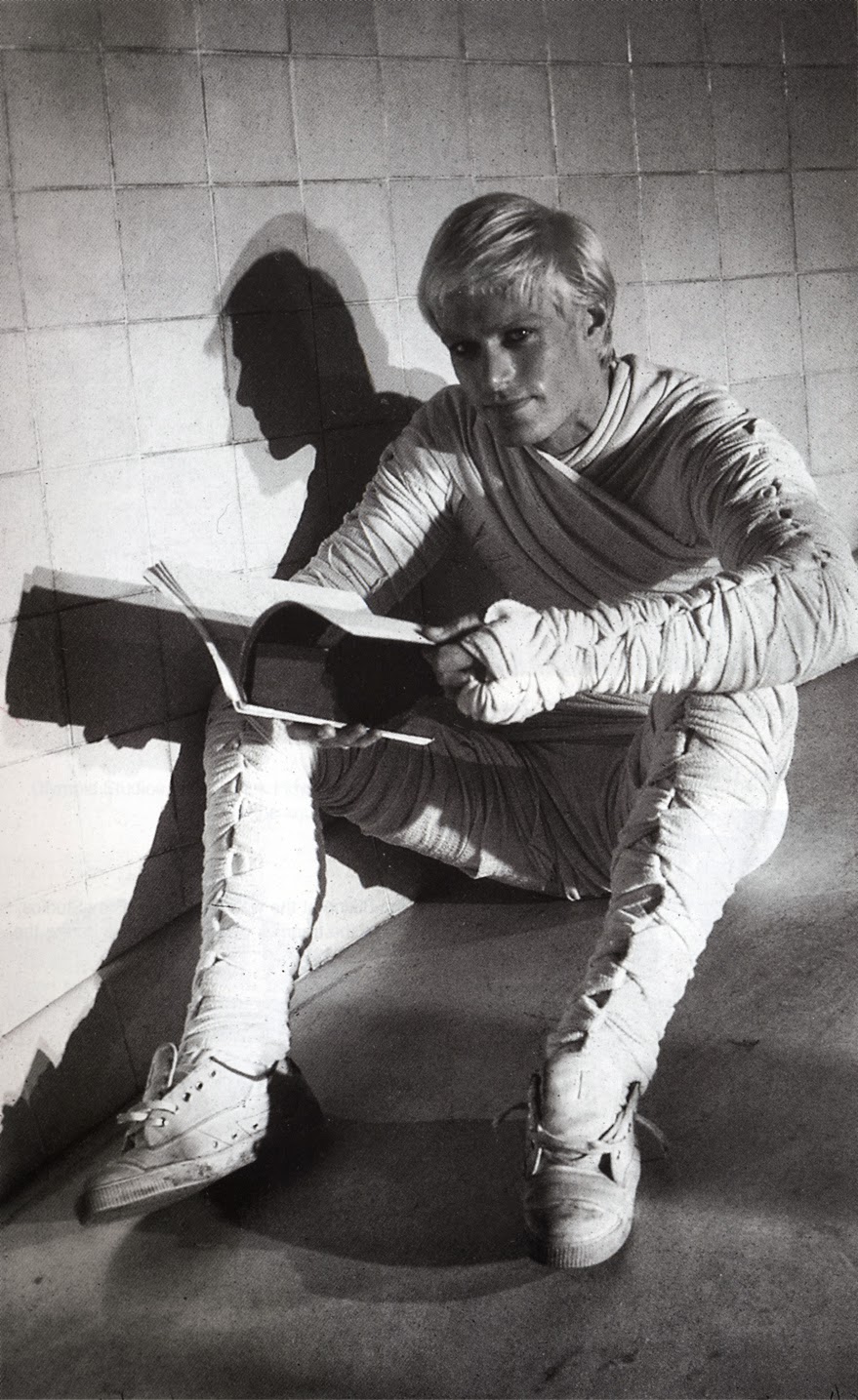 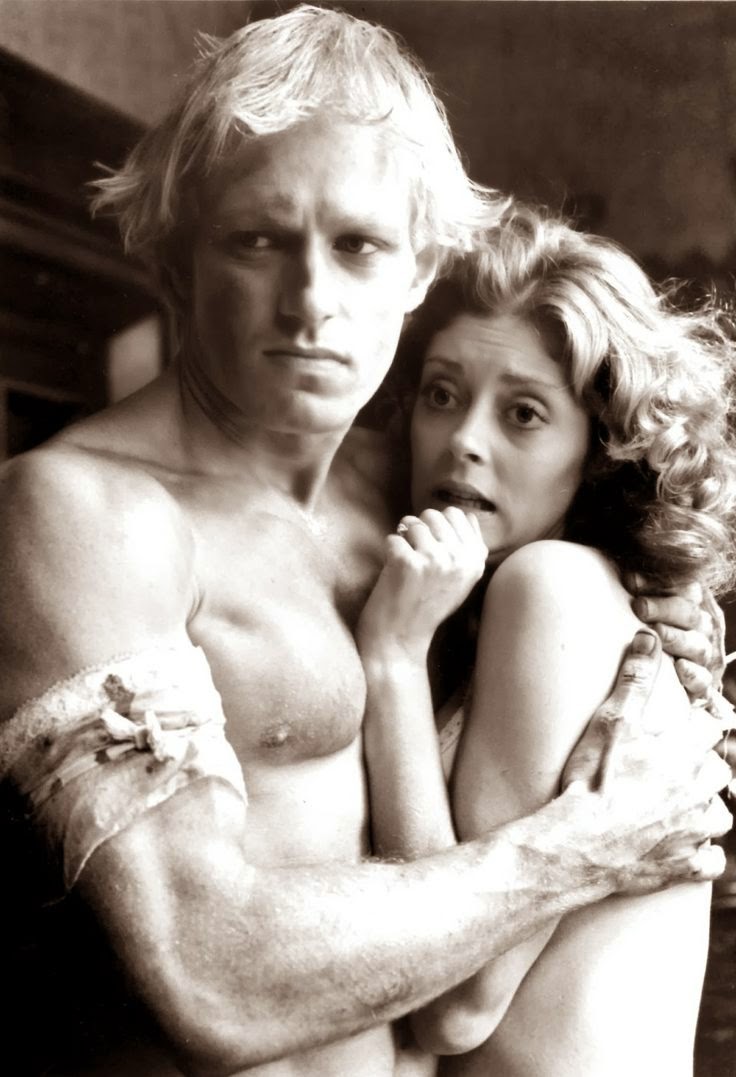 When he appeared in The Rocky Horror Picture Show, Dane Lanken of The Montreal Gazette called him a "blond-haired, muscle-bound perfect specimen of manhood." A few years later, Sherwood Anderson, writing April 6, 1979 in the Spokane Daily Chronicle comments that "Peter Hinwood, a former photographic model, provides a beefcake presence, and little else, as Rocky Horror." Rocky, who is mostly mute, sings a song "Sword of Damocles", but the voice is that of Australian singer Trevor White. 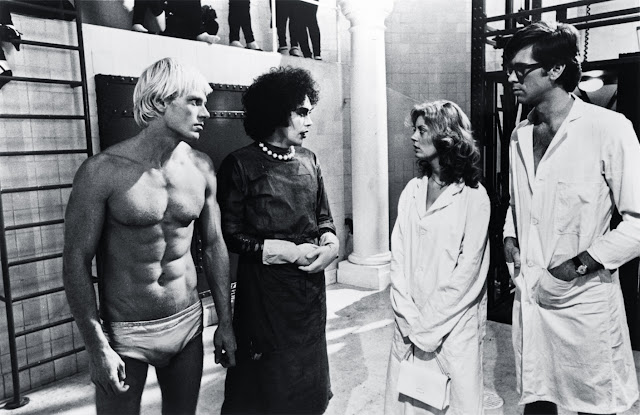 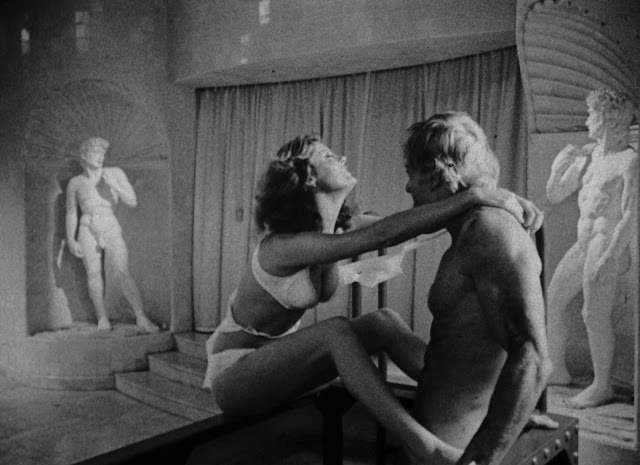 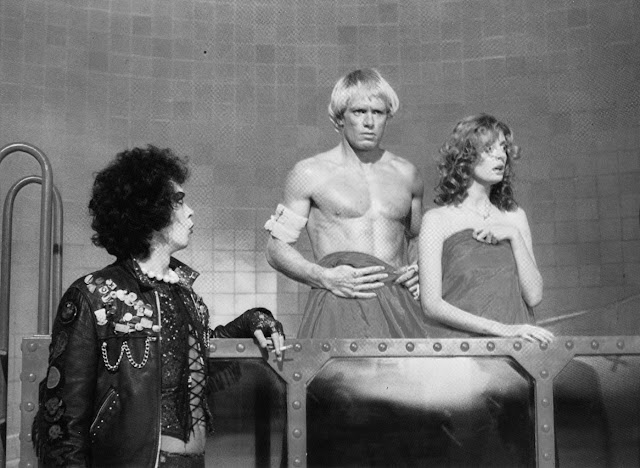 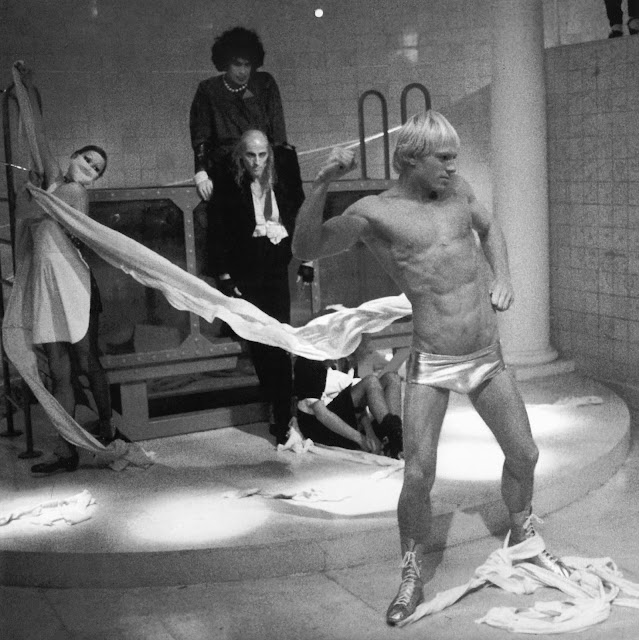 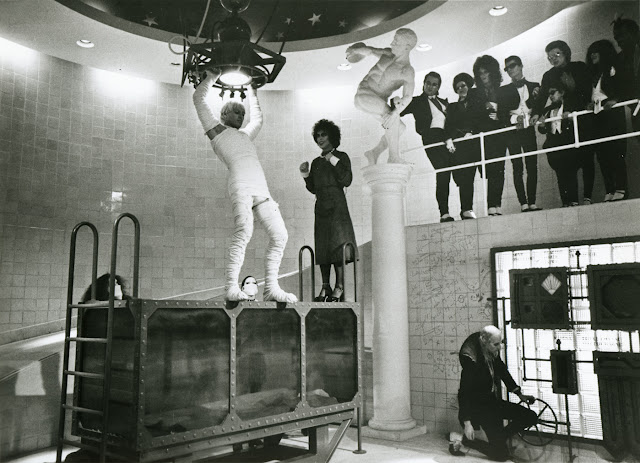 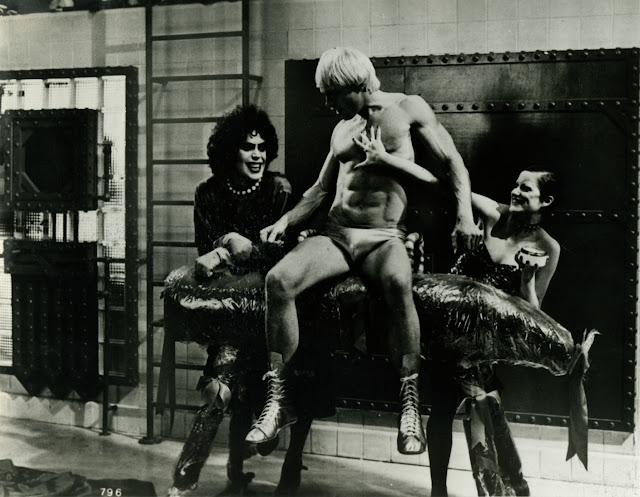 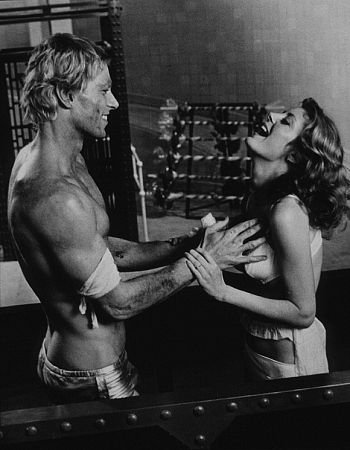 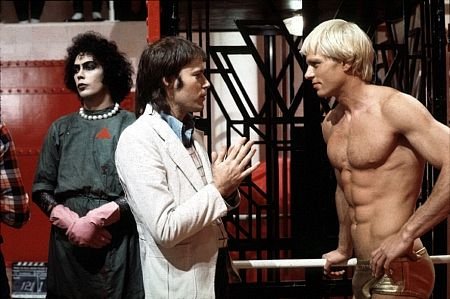 His last film appearance was a non-speaking bit part in the homoerotic Jarman picture Sebastienne. At some point, later than this, he apparently posed for nude pictures (below).  It's amazing he was able to keep everything contained in those skimpy gold lame trunks. 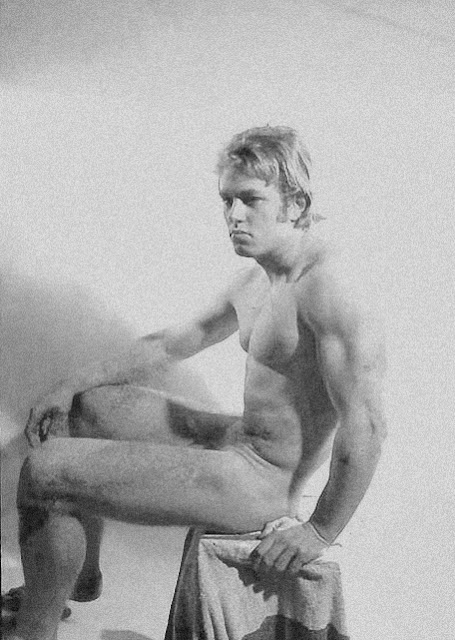 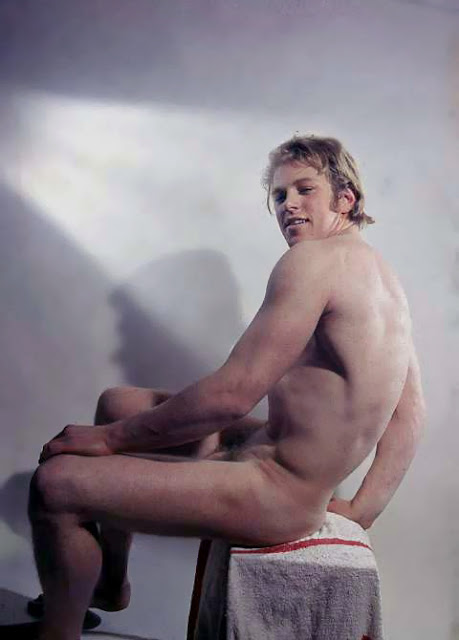 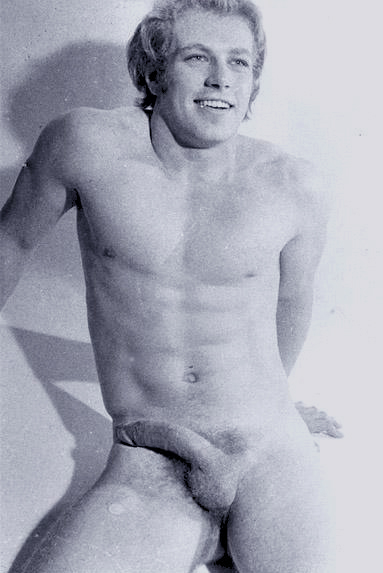 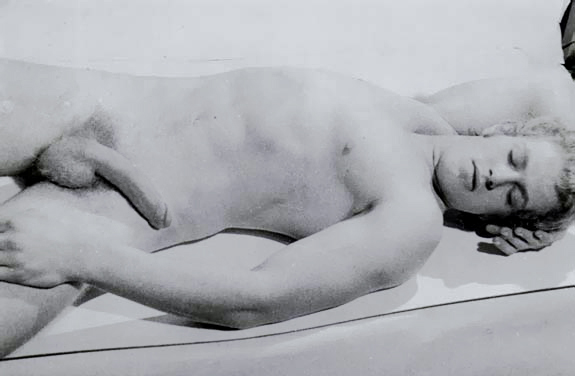 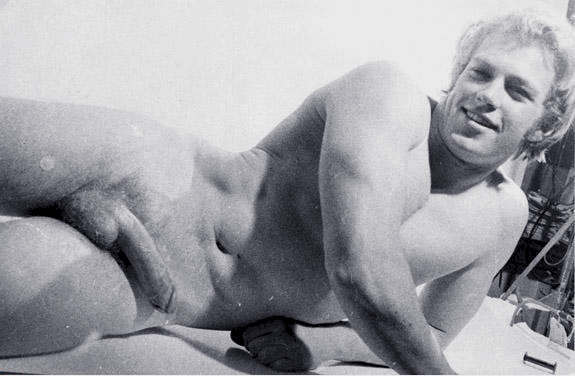 U.S.A. Today, writing in 1990, identifies Peter Hinwood, then age 44, as "now an antiques dealer". That same year, The Toronto Star states that Peter Hinwood "still models, and appeared in the Dino De Laurentis film, The Odyssey." 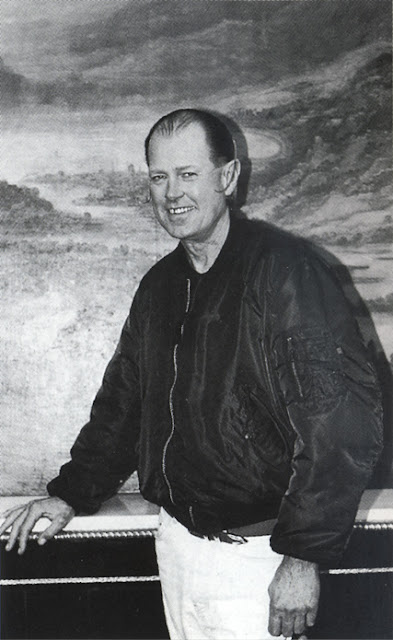 In 1997, in the St Petersburg Times, we find the statement that "Peter Hinwood (Rocky Horror) operates an antiques store in London and reportedly hates The Rocky Horror Picture Show..." A 9 Oct 2000 article in People magazine, "Let's Do the Time Warp Again" by Dan Jewel calls Peter "an art and antiques dealer in London" and quotes him as saying "I can't act, I cringe with embarrassment every time I see myself on film, I relish a quiet peaceful life." This article adds that he sold his gold lame pants "six years ago" through an auction house for nearly a thousand dollars. Peter Hinwood was interviewed in 2002 for a book on the movie.

LD
David Czerny, called "Little Brother" by his associates and friends, is 6'2", 190, gay, male of eastern european (Czech) heritage with a bit of Irish, French, and Cherokee thrown in for looks. He has been well known on the internet since the late 1990's when he came out on line about his small penis size. Little Brother states that his size has had a huge impact on his life, in part because of the social stigma attached to having a small penis and his difficulty coping with that stigma in school. Born in the Rio Grande Valley of South Texas, he got the nickname "LD" (meaning "Little Dave" or "Little Dick", depending on who you asked) in high school. He got the new moniker "Little Brother" from friends while living in Bastrop, Texas. He currently lives in Broken Arrow, Oklahoma with his boyfriend Jeremy Witters. Little Brother now works as a personal trainer, swim coach, and manages a lawn care service. You can email him at czerny.david@yahoo.com